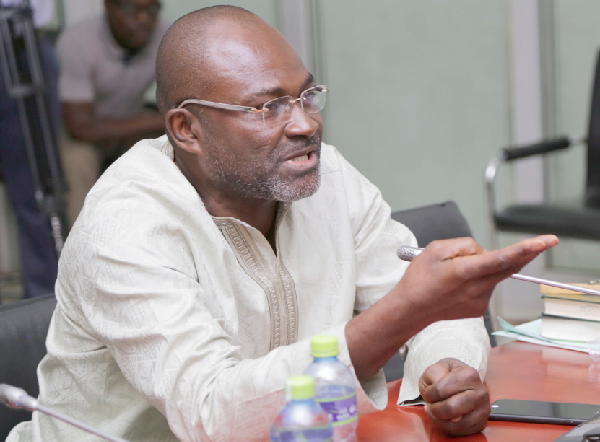 The Multimedia Group has filed a formal complaint against the Member of Parliament (MP) for Assin Central, Kennedy Ohene Agyapong for threatening the life of one of its journalists, Erastus Asare Donkor.

It also called for a thorough investigation into the threats issued by the legislator.

On Friday, July 9, Mr Agyapong was reported to have verbally abused and threatened to attack Mr Asare Donkor, “for the journalistic work that the latter undertook during the recent shootings and killing incident at Ejura” on Net 2 TV, a television station owned by the MP.

The outspoken politician was filmed on a live programme which was widely published on social media platforms, stating that, “if he [Mr Agyapong] were President, he would have ensured that Erastus Asare Donkor is beaten mercilessly.”

Citing events that led to the murder of an investigative journalist, Ahmed Hussein-Suale, Management of The Multimedia Group described the threats of the MP as, “life-threatening”, thus, should not be taken lightly.

The complaint was copied to 14 officials, including the Chief of Staff, Ministers of Interior and National Security, the Asantehene, Otumfuo Osei Tutu II, the Ashanti Regional Minister, the Inspector General of Police, the Director of Criminal Investigation Department.
You must log in or register to reply here.
Share: Facebook Twitter Google+ Reddit Pinterest Tumblr WhatsApp Email Link