Our education is in crisis – Former UEW Vice-Chancellor 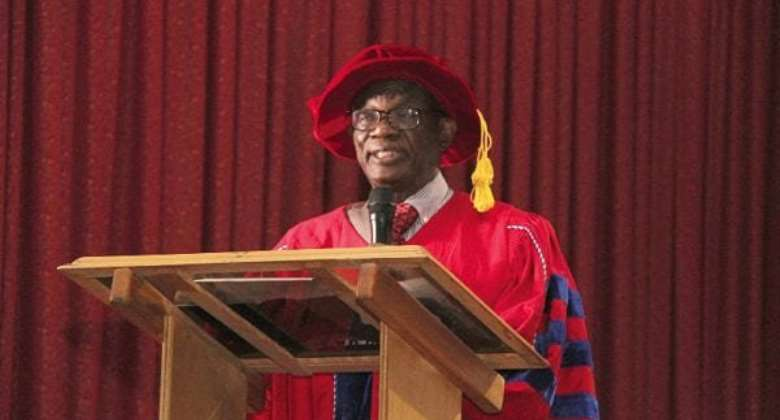 Professor Jophus Anamuah-Mensah, a former Vice-Chancellor of the University of Education, Winneba (UEW), has supported the call for a review of basic and secondary education in Ghana with immediate well-thought-out measures to salvage it from collapse.
He said many children were not literate and numerate at their levels owing to the failure to provide the right input and resources, including well-qualified teachers with the right pedagogy.

“So, if you are in class three, you have to read class three books but the majority are reading class one books and a few are doing class two books,” he observed.
“We said everybody should be computer literate but if you go to some Junior High Schools (JHS), there are no computers to do anything. So, what are you teaching? Are you helping them to obtain digital knowledge?” he queried.
Prof Anamuah-Mensah, in an interview with the Ghana News Agency (GNA), blamed the situation on the lack of proper training for teachers on the new standard-based basic school curriculum.

He said even though the structure and purpose of the new curriculum carried the potential to transform basic education, the situation would remain precarious if teachers were not properly trained on the same.
“What is being done needs to be directed in such a way that the teachers who are teaching are very comfortable and confident in teaching what they are teaching, they are using the right approaches and pedagogies to do it, and they have the resources that they need to do it and they have the support of the ministry and parents in doing their work,” he said.

At the secondary education level, Prof Anamuah-Mensah observed that the lack of resources was a fundamental problem of the structure which had led to many students failing in examinations.
He averred that because JHS was part of basic school, the students tend to think as such and, therefore, struggled to cope in Senior High School.

“It is like a whole new atmosphere because the curriculum is different from what they were doing,” the former Vice-Chancellor stressed.
He, therefore, called for a restructuring of secondary education to add JHS to SHS to realign the thinking of students.
“From Junior High School, they will know that they are not really part of the primary school; they have moved to a higher level in the Senior School.
“So JHS should have similar facilities like SHS. They should have teachers qualified to teach JHS and be able to even teach SHS,” he said.

Prof Anamuah-Mensah acknowledged efforts by Dr Yaw Osei Adutwum, the Minister for Education, to introduce a similar system and expressed his support for the same.