Here to stay series: Mark Elliot Zuckerberg in the eyes of the Media and other.. 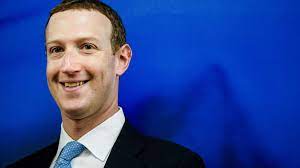 
Jesse Eisenberg played Zuckerberg in The Social Network
A movie based on Zuckerberg and the founding years of Facebook, The Social Network was released on October 1, 2010, starring Jesse Eisenberg as Zuckerberg. After Zuckerberg was told about the film, he responded, "I just wished that nobody made a movie of me while I was still alive." Also, after the film's script was leaked on the Internet and it was apparent that the film would not portray Zuckerberg in a wholly positive light, he stated that he wanted to establish himself as a "good guy". The film is based on the book The Accidental Billionaires by Ben Mezrich, which the book's publicist once described as "big juicy fun" rather than "reportage". The film's screenwriter Aaron Sorkin told New York magazine, "I don't want my fidelity to be the truth; I want it to be storytelling", adding, "What is the big deal about accuracy purely for accuracy's sake, and can we not have the true be the enemy of the good?"

Upon winning the Golden Globe Award for Best Picture on January 16, 2011, producer Scott Rudin thanked Facebook and Zuckerberg "for his willingness to allow us to use his life and work as a metaphor through which to tell a story about communication and the way we relate to each other." Sorkin, who won for Best Screenplay, retracted some of the impressions given in his script:

I wanted to say to Mark Zuckerberg tonight, if you're watching, Rooney Mara's character makes a prediction at the beginning of the movie. She was wrong. You turned out to be a great entrepreneur, a visionary, and an incredible altruist.
On January 29, 2011, Zuckerberg made a surprise guest appearance on Saturday Night Live, which was hosted by Jesse Eisenberg. They both said it was the first time they had met. Eisenberg asked Zuckerberg, who had been critical of his portrayal by the film, what he thought of the movie. Zuckerberg replied, "It was interesting." In a subsequent interview about their meeting, Eisenberg explained that he was "nervous to meet him, because I had spent now, a year and a half thinking about him ..." He added, "Mark has been so gracious about something that's really so uncomfortable ... The fact that he would do SNL and make fun of the situation is so sweet and so generous. It's the best possible way to handle something that, I think, could otherwise be very uncomfortable."

Disputed accuracy
Jeff Jarvis, author of the book Public Parts, interviewed Zuckerberg and believed Sorkin made up too much of the story. He stated, "That's what the internet is accused of doing, making stuff up, not caring about the facts."

According to David Kirkpatrick, former technology editor at Fortune magazine and author of The Facebook Effect: The Inside Story of the Company That Is Connecting the World, (2011), "the film is only "40% true ... he is not snide and sarcastic in a cruel way, the way Zuckerberg is played in the movie." He says that "a lot of the factual incidents are accurate, but many are distorted and the overall impression is false", and concludes that primarily "his motivations were to try and come up with a new way to share information on the Internet".

Although the film portrayed Zuckerberg's creation of Facebook in order to elevate his stature after not getting into any of the elite final clubs at Harvard, Zuckerberg said he had no interest in joining the clubs. Kirkpatrick agreed that the impression implied by the film is "false". Karel Baloun, a former senior engineer at Facebook, noted that the "image of Zuckerberg as a socially inept nerd is overstated ... It is fiction ..." He likewise dismissed the film's assertion that he "would deliberately betray a friend.
Other depictions
Zuckerberg voiced himself on an episode of The Simpsons titled "Loan-a Lisa", which first aired on October 3, 2010. In the episode, Lisa Simpson and her friend Nelson encounter Zuckerberg at an entrepreneurs' convention. Zuckerberg tells Lisa that she does not need to graduate from college to be wildly successful, referencing Bill Gates and Richard Branson as examples.

On October 9, 2010, Saturday Night Live lampooned Zuckerberg and Facebook. Andy Samberg played Zuckerberg. The real Zuckerberg was reported to have been amused: "I thought this was funny."

Stephen Colbert awarded a "Medal of Fear" to Zuckerberg at the Rally to Restore Sanity and/or Fear on October 30, 2010, "because he values his privacy much more than he values yours".

Zuckerberg appears in the climax of the documentary film Terms and Conditions May Apply.

Zuckerberg was parodied in the South Park episode "Franchise Prequel".