Staff member
#1
Three members of the Coalition of Aggrieved Customers of the collapsed 53 Fund Management Companies have been arrested for leading a protest at the premises of the Finance Ministry. 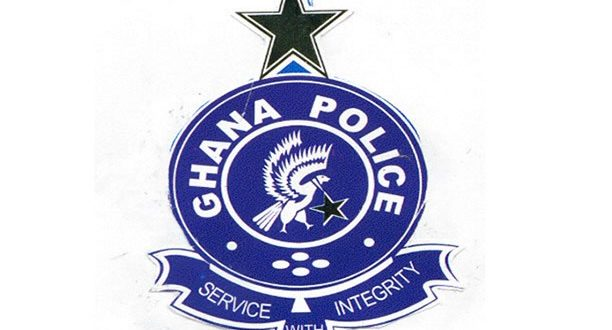 Members of the group besieged the Ministry of Finance on Tuesday, September 1, 2020, to protest over the exclusion of members of Blackshield Capital Limited from the government’s proposed bailout packages for customers of the defunct fund management companies.

In an interview with Citi News, the Public Relations Officer (PRO) for the Accra Regional Police Command, DSP Efia Tenge, explained that the leaders were arrested for staging an unlawful protest.

“This morning [September 1, 2020] we heard a group of aggrieved people have besieged the premises of the Ministry of Finance and we saw that they had blocked the entrance of the Ministry preventing access and therefore it behoves on the police to come and ensure that they are dispersed and that is what we have done.”

“We keep on saying that if you want to embark on any form of protest or any form of demonstration, go through what the law requires for all of us under the Public Order Act 1994, Act 491 so if you do not go through this basic requirement then it means that the police will have no other option than to come and disperse the crowd and that is what the police have done.”

The group took the action on the back of claims that some affected customers won’t be part of the government’s bailout package for the sector.

The Securities and Exchange Commission (SEC) which made the announcement in a statement said customers of Blackshield and three other firms will not be part of the bailout package because owners of such companies had challenged the revocation of their licenses in court.

Addressing the press on Monday, August 31, 2020, spokespersons for the Coalition, Charles Nyame described the exclusion of BlackShield’s clients as mischievous and a plot to divert the public’s attention from the poor handling of the financial sector clean-up.

#3
You must be registered for see links

#4
You must be registered for see links

#5
You must be registered for see links


If you’re dear reasonably to retain Kesha’s “Tik Tok,” you may not be “expert” sooner than the type precision—the melody not came discernible in 2009—but you’re probably tranquil too archaic to know take the other TikTok, the app of the just the same name. Teenagers and minor people are the primitive users of the app, which can loosely be described as a common network as a service to amateur music videos (users can be placed their own as effectively as even-handed chaperon person else’s). If you distinguish about it at all, it muscle be nearby its late standing, Musical.ly. So why is it called something else now? What distinguishes it from the other apps that teens are obsessed with? Is it in the end value a billion dollars? And are non-professional music videos any good?
You must log in or register to reply here.
Share: Facebook Twitter Google+ Reddit Pinterest Tumblr WhatsApp Email Link