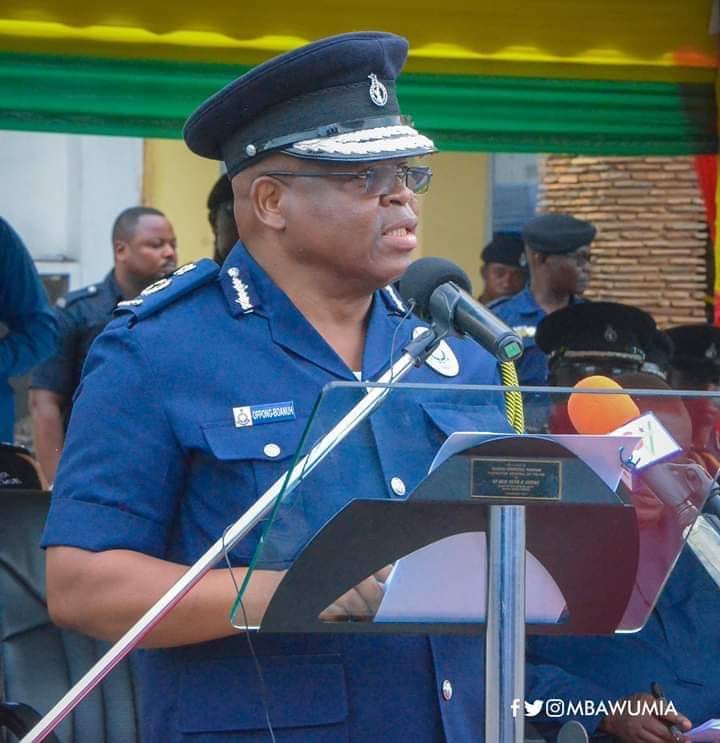 The Inspector-General of Police (IGP), James Oppong-Boanuh has stated that despite the alarming rate of insecurity in the country, citizens should be modest in their expectations from the police.

According to him, several developed countries including the United States of America, United Kingdom are still battling with cases of robbery. Therefore, the recent spate of crime in the country, however alarming, is not peculiar to Ghana.

His apparent reaction to calls for his retirement was made during a visit Tuesday, to the family of the late Constable General, Emmanuel Osei, who was killed by armed robbers on Monday afternoon.

“We are doing what we can to protect the people of Ghana. There is no society in the world where there is no crime. Even in the USA, UK and Sweden, where they, more or less have everything, they still have crime. The only place that doesn’t have crime is heaven and we are not in heaven,” he said.


We are not in heaven – IGP reacts to calls for his resignation
Residents of Adedenkpo, near James Town on Monday, were thrown into a state of shock after the gruesome murder of two persons during an attack on a bullion van by a group of armed robbers.


The two; police officer Emmanuel Osei and a hawker, Afua Badu, were declared dead while the driver of the van was admitted at the Korle-Bu teaching Hospital after sustaining several injuries.