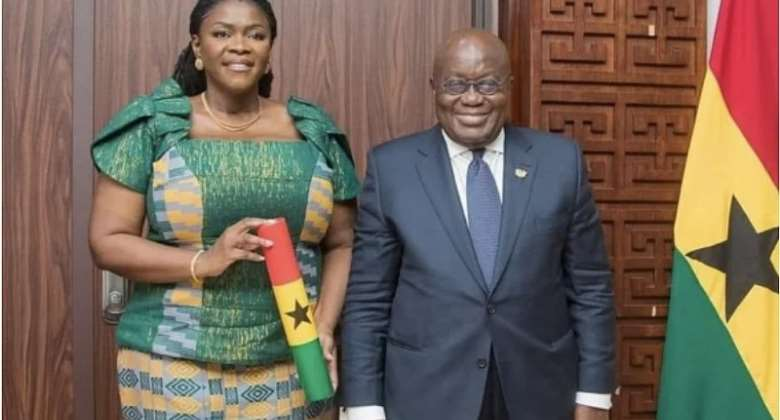 President Akufo-Addo has condemned calls for the scrap of the National Commission on Civic Education (NCCE) at the recent inauguration of their new boss, Madam Kathleen Addy.
Speaking at the inaugural ceremony on Thursday, June 16, 2022, the president asserted that the commission has always been an essential tool for the creation of our cultural awareness and has also helped ensure citizens live up to their responsibilities.

To him, the services of the commission have now become more essential at this stage where many people, whom he described as irresponsible political elements, are calling for the overthrow of the nation's 1992 Constitution.
"The NCCE continues to be relevant and still has an important role to play in helping establish a culture of awareness in our country in which citizens live to their civic responsibilities and duties.

“Especially at this time, when some irresponsible elements within the body politic are calling for the overthrow of the constitutional order,” the president said.
President Akufo Addo assured the newly inaugurated chairperson of her absolute independence in the exercise of her assigned duties as the paramount laws of the land (the 1992 Constitution) demand.
“I assure you, Madam Chairperson, of government’s recognition as enshrined in Act 452, of the independence of the NCCE.”
“Madam Chairperson, I need not remind you that you are not subject to the direction or control of any person or authority in the performance of your functions, including myself as the head of the Executive,” the president assures.

In response, Madam Kathleen Addy appreciated the president's confidence in her and assured him of her absolute commitment to ensuring they deliver what is expected of them and see to it that the NCCE becomes more attractive than ever.
"I would like to, once again, thank you for the honor done me. I would like to thank all gathered here for showing up on this occasion. I am grateful. I promised the people of Ghana that I will execute my mandate to the best of my ability and I look forward to a renewed NCCE,” she stated.