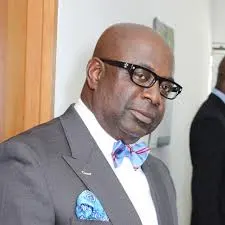 The former Chief Executive Officer (CEO) of the Venture Capital Trust Fund (VCTF), Daniel Kofi Duku, and three others who entered into settlement agreements with the State to pay GH¢20.11 million fraud.
Duku, an appointee of John Mahama and the three others had admitted to the offences of fraud and causing financial loss to the state among other charges.
He therefore entered into settlement agreement after the High Court convicted him to repay the cash, he fraudulently chopped.
However, a year after the settlement terms were entered Duku and his associate convicts are yet to settle their indebtedness, walking freely.

The other convicts are a former Executive Assistant to Duku, Irene Anti-Mensah, her husband, Frank Aboagye Mensah, and a former Member of Parliament (MP) for Keta who was a member of the Board of Trustees of VCTF (the Board), Richard Lassey Agbenyefia.

They had per the agreement changed their pleas from not guilty to guilty and were convicted on their own pleas by the court.

In that regard, the convicts were expected to finish paying their debts by the end of September 2020 going by the agreement entered into.

However, the documents from the court indicated that the former CEO and others were yet to fulfil the terms for which their trial ended.

Per the agreement reached and accepted by the Accra High Court, Duku was expected to pay GH¢15 million to the VCTF and a fine of GH¢500,000 to the state.

Under the section 35 of the courts Act, 1993, the convicts were expected to fulfil the conditions set by the court for the payment of the restitution; else the court shall pass a custodial sentence on them.

The Attorney-General is yet to take a legal course of action concerning their default in the payment of the various sums.
The four with two others were standing trial at the Accra High Court, presided over by Justice Anthony Oppong on various charges of causing financial lost to the state, abetment of crime, stealing, defrauding by false pretences and issuing of false cheques.

Duku and the five others are said to have caused financial loss of GH¢42.8 million to the state by giving out loans to unqualified applicants.

In July last year, three of them, Duku, Anti-Mensah and Aboagye Mensah, entered into negotiations with the Attorney General under Section 35 of the Courts Act, 1993, (Act 459), a provision that allows accused persons to offer compensation and restitution to the state for the loss, harm or damage caused the state.

Meanwhile, the trial of the two others, Kofi Sarpong, an investment officer of VCTF, and Charity Opoku also known as Ms Charity Ameyaw, an accountant at VCTF, who pleaded not guilty to the offences leveled against them, have started.

The prosecution tendered in his witness statement as their evidence in chief.

A few questions were put to him under cross-examination before the case was adjourned to Wednesday, December 1, this year.

She has been accused of facilitating Duku to cause financial loss of GH¢1.94 million by signing cheques to enable the granting of loans to unqualified applicants.

#2
delete plz
You must be registered for see links
X

#3
This site
You must be registered for see links
very trust and safely!
C