'I Am Not At War With Asiedu Nketia' - Kennedy Agyapong 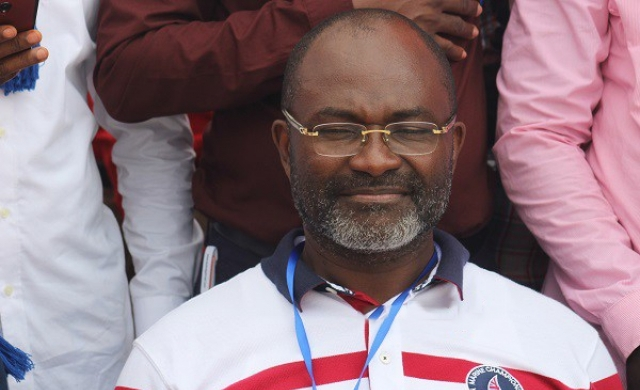 New Patriotic Party (NPP) firebrand, Kennedy Agyapong has stated that he is not at war with General Secretary of the opposition National Democratic Congress (NDC), Johnson Asiedu Nketia.

He reveals that some faceless persons using cloned social media accounts are trying to create unnecessary tension between them wondering what could be the motivation for such a move.

Speaking on NET 2 Television about a message making the rounds on social media purported to have been authored by him eliciting a similar response from General Mosquito, he stated that he is not even on social media and therefore the supposed message is fake.

“Few days ago I greeted Asiedu Nketia in parliament…he refers to me as controversial so I shouted contro and he said same. He told me that what is trending on Facebook.

According to him, those behind the fake messages are not even smart with the crafting of what they put out as it was characterized by glaring factual inaccuracies.

“The person who first sent the message to me I respected him but I insulted him. I don’t want to cheapen myself with this kind of your stories. Let us dream big, let’s think big, let’s talk big and do things big and stop this myopic thinking from idiots”, he stated.
You must log in or register to reply here.
Share: Facebook Twitter Google+ Reddit Pinterest Tumblr WhatsApp Email Link