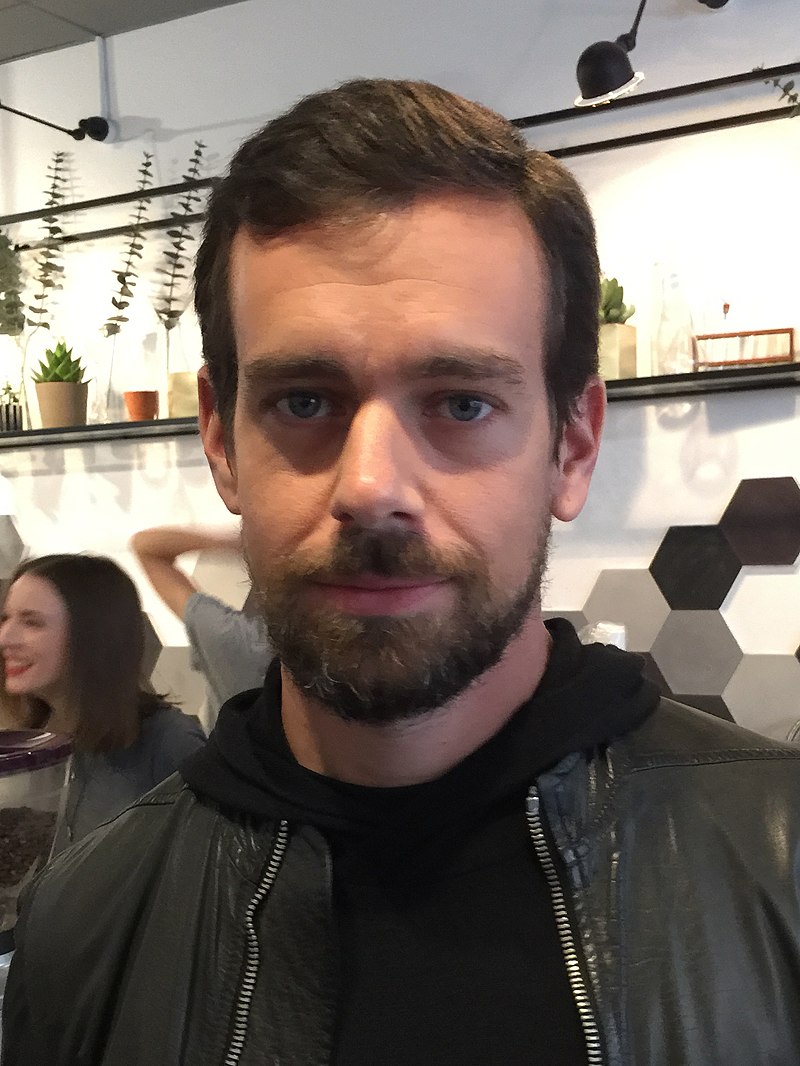 Dorsey in 2008
Williams, Stone and Noah Glass co-founded Obvious Corporation, which then spun off Twitter, Inc., with Dorsey as the Chief Executive Officer (CEO). As CEO, Dorsey saw the startup through two rounds of funding by venture capitalists. He reportedly lost his position for leaving work early to enjoy other pursuits, such as yoga and fashion design.

As the service began to grow in popularity, Dorsey chose the improvement of uptime as top priority, even over creating revenue—which, as of 2008, Twitter was not designed to earn. Dorsey described the commercial use of Twitter and its API as two things that could lead to paid features. He says his three guiding principles, which he says the company shares, are simplicity, constraint and craftsmanship.

On October 16, 2008, Williams took over as CEO, while Dorsey became chairman of the board. During his time as chairman, Dorsey joined several State Department delegations, including a trip to Iraq in April 2009, led by Jared Cohen. In November, when Iranians took to the streets in the Green Revolution, Twitter was scheduled to conduct maintenance of its site, which would entail temporarily shutting down Twitter's servers. Dorsey responded to a request from Cohen to delay the maintenance so that it would not affect the revolution in Iran, because Iranians were using Twitter to communicate and coordinate. Since President Obama had announced that there would be no meddling in Iran, the move sparked controversy. In February 2010, Dorsey was part of another State Department delegation, this time to Russia. On March 28, 2011, he returned to Twitter as executive chairman after Dick Costolo replaced Williams as CEO. On June 10, 2015, Costolo announced his resignation as CEO, effective July 1, 2015. Dorsey assumed the post of interim CEO upon Costolo's departure. He was named permanent CEO on October 5, 2015. On the day after the controversy about Twitter's new algorithms for tweets, Dorsey said it was a hoax.


Dorsey and President Barack Obama at Twitter Town Hall in July 2011
In May 2016, Dorsey announced that Twitter would not count photos and links in the 140-character limit to free up more space for text. This was an attempt to entice new users, since the number of tweets per day had dropped to about 300 million in January 2016 from about 500 million in September 2013 and its peak of 661 million in August 2014.

On November 22, 2016, Dorsey was briefly suspended from his own Twitter account with 3.9 million followers. After restoring the account, Dorsey tweeted that the suspension was due to an "internal mistake"

In February 2017, Dorsey and Executive Chairman Omid Kordestani matched a $530,000 donation to the American Civil Liberties Union (ACLU) raised by Twitter staffers. Their match brought the total donation to $1.59 million.

In March 2018, Dorsey announced that an improved version of the verification system would be coming to Twitter. The purpose of redesigning verification was to let people verify more facts about themselves, emphasizing proof of identity. The overhaul was not in place before the U.S midterm election of 2018 to help in verifying the identities of the candidates.


President Donald Trump with Dorsey in the Oval Office of the White House on April 23, 2019
Dorsey met privately with U.S. President Donald Trump at the White House and discussed Trump's concerns that Twitter had limited or removed some of his Twitter followers, and those of conservatives. After the meeting, Dorsey tweeted that their discussion included making Twitter "healthier and more civil". A week earlier, Dorsey took part in a TED talk about the social media platform's spread of abuse and misinformation, which has brought him criticism.

On August 30, 2019, Dorsey's personal Twitter account was allegedly breached for nearly an hour by a group calling itself the Chuckling Squad, posting and retweeting numerous racist tweets.

On October 23, 2019, Twitter's stock price fell by nearly 24 percent, from $38.83 to $30.75. The reason was an earnings miss off a third quarter report, which Twitter blamed on ad targeting problems. Dorsey had been making a concerted effort to dampen the effect that Twitter had on political elections, which entailed banning all political ads. This was also seen as a large contributor to the drop. Dorsey announced that, as of November 22, 2019, Twitter would ban all political advertising. The policy applies globally to all marketing campaigns about political issues.

In October 2020, Dorsey was one of several tech firm CEOs subpoenaed by the US Senate Commerce Committee. Republican Roger Wicker, who chairs the committee, led the charge to force the CEOs of Twitter, Facebook and Google to testify about the legal immunity the tech platforms receive under Section 230 of the Communications Act of 1996.

#2
This is a
You must be registered for see links
very good and trust site!
T