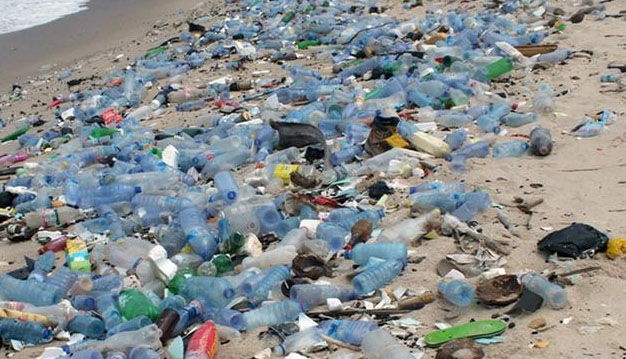 When he took his turn at
the meet-the-press series, the Science and Environment Minister, Prof.
Frimpong-Boateng, said a new policy on plastics was awaiting cabinet approval
for implementation.

While we are excited that
after all there is a response from government about the worldwide trend of
plastic pollution, the efficiency of this in the direction of managing the
situation in Ghana is what bothers us. To put it brusquely, we do not think
that Ghanaians would turn away from the wanton use of plastics and dumping same
in our uncovered gutters.

The outright ban which is
the way many countries have gone by way of response to the challenge in our
view should have been the module to apply. Kenya and others have begun the
rather challenging ‘ban plastics’ approach which it would appear is changing the
picture in the East African country.

We are aware that many
factors went into the final decision not to go the way of an outright ban of
the product.

The attitudinal engineering
and other social responses have so far not worked in the country on other
subjects and so we wonder whether in the case of managing the threat of
plastics, the results would be different in the Ghanaian setting.

Little or nothing is being
said about the threats posed by plastics at public forums where the subject is
treated largely for academic purposes.

Even our fishermen have
started complaining about plastics competing with their catches when they go on
sometimes weeklong ventures.

We appreciate government’s
concern about the loss of jobs and the trickling effect of the socio-economic
action of plastic ban and how this informed the ‘not-to-ban’ approach.

Considering the volume of
plastic wastes we are generating on a daily basis in the country and how some
of these end up in the Atlantic Ocean and the effect thereof, we think a
radical approach should be a better option.

It might appear too late
to do something about the subject; now that the final document is only awaiting
cabinet nod, we nonetheless suggest that another look be given to the subject.

Domestic livestock are
dying after ingesting plastic products, evidence of which can be found in the
digestive tracts of ruminants when they survive the foreign matter in their
entrails and slaughtered for meat.

The seriousness we should
attach to the anti-plastic war should go beyond the kid’s glove approach.
Perhaps the compulsory inclusion of the addition of a certain chemical additive
to render plastics biodegradable should be considered. That is, in our opinion,
the way and not the unfeasible attitudinal change approach.

The emptying of domestic
wastes in our drainage systems continues unabated as will plastic pollution
through our recklessness and uncaring attitude towards the environment.