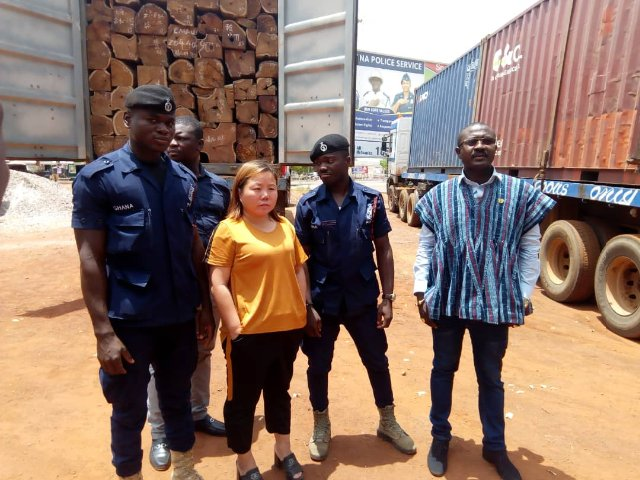 A Chinese national, Helen Huang, suspected of trading in
You must be registered for see links
has been re-arrested after jumping bail.

The woman in her 40’s was
You must be registered for see links
on May 7, 2019, for transporting four truckloads of rosewood timber, an endangered forestry product.

Detained and later granted an enquiry bail, the suspect subsequently fled the country two days after her arrest. The man who stood surety for her release, was charged and the police declared her a wanted woman.
After Helen Huang was seen in Tamale on June 15, the police arrested her, ending her 36 days on the run.

At the Tamale Circuit court where she was arraigned, presiding judge, Justice Twumasi Appiah refused to hear the case. He said the Police Service and Forestry Commission are yet to file a formal complaint against the Chinese woman.


The judge was angry at the two security agencies and threatened to release the suspect. The police have been brought in with the Immigration Service to verify the validity of her stay in Ghana and her business permit.
You must log in or register to reply here.
Share: Facebook Twitter Google+ Reddit Pinterest Tumblr WhatsApp Email Link