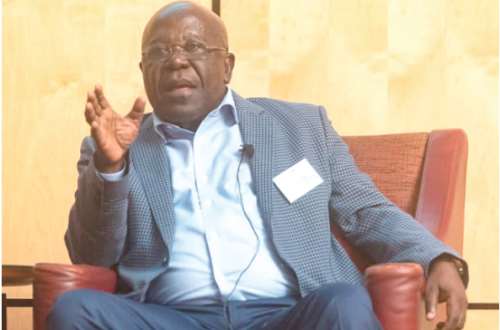 Businessman Sam Jonah has bemoaned the destruction of lands and rivers in Ghana by Chinese nationals who are involved in illegal mining, locally known as galamsey.

According to him, it is worrying that the Asian country has begun producing its own cocoa after polluting Ghana’s cocoa with their illegal mining activities.

Mr. Jonah said this in an article titled “Reflections on Ghana’s future”, in which he noted that Ghana should be worried about China’s production of cocoa.

“The Chinese having helped pollute our rivers through illegal mining activities and having, in connivance with some Ghanaians acquired large tracks of farmlands in the cocoa growing areas have started producing their own cocoa. Their illicit mining activities release mercury into the soil,” he wrote.

“Mercury is indestructible and traces have been found in some of our cocoa beans. What this means is that even our traditional source of revenue from which thousands of farmers obtain their livelihoods is no longer secure, as we risk losing the premium quality of our cocoa.

“This is a terrible prospect and it is one that must be tackled with a renewed sense of urgency.”

Real issues cocoa farmers are dealing with
Currently, Ghana ranks only second to the Ivory Coast when it comes to the production of cocoa across the world.